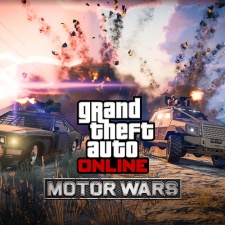 The latest update to Take-Two’s cash cow Grand Theft Auto Online looks rather similar to one of the biggest games in the world just now.

The Smuggler’s Run update, which launched last week, introduces Motor Wars, described by Rockstar itself as a battle for survival – players parachute into an increasingly shrinking arena while hunting for anything they can use as a weapon.

"Blending the adrenaline rush of Drop Zone with the claustrophobic tension of a match of Penned In, this brutal Adversary Mode is a deadly scavenger hunt where second place is not an option," the development giant said.

"Up to four teams parachute into a periodically shrinking kill box strewn with a lethal assortment of guns, explosives and Weaponised Vehicles. Work together, find a vehicle, and fight opposing teams and the shrinking map to survive and win."

It’s easy to see why Playerunknown’s Battlegrounds has been a source of inspiration for Grand Theft Auto. The battle royale has dominated the Steam charts since its March 23rd release, consistently charting ahead of Rockstar’s open world romp for the last few months.

It has sold eight million units to date – four million in its first three months; its second four million in the last two – and was briefly the most played game on Steam, even beating PC giant DOTA 2 at the weekend.