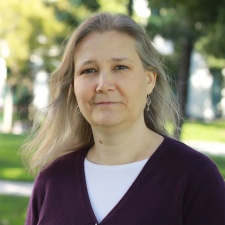 Hollywood production company Skydance is getting into the games business and has tapped Naughty Dog vet Amy Hennig (pictured) and EA alum Julian Beak to head it up.

That's according to VentureBeat, which reports that the duo is heading up a new games arm within the company. Hennig is serving as president of Skydance's New Media division, while Beak is EVP and GM.

This follows Hennig's departure from Electronic Arts in January 2018 in the wake of the company canning the Star Wars project codenamed Ragtag and closing its developer Visceral in October 2017. Prior to working at EA, Hennig was at Uncharted maker Naughty Dog.

Beak, meanwhile, worked at EA for over six years as an executive producer and senior producer, having previously held production roles at United Front Games and Radical Entertainment.

“The interactive media landscape is continually changing and Amy and Julian are creative and visionary leaders of this evolution,” Skydance CEO David Ellison said.

“Together, we will create within this new sphere the same type of event-level entertainment experiences that Skydance is known for in features and television.”

Hennig added: “After Visceral closed, [Beak and I] both looked at the industry. We said we were going to take a little time. Looking at the landscape, it felt like we were in an inflection point. And not just the game industry, but the centre of the entertainment industry as a whole. And so we just were fortunate enough to have the opportunity to do a survey of the industry and talk to people and engage with people in the industry, as well as in the traditional entertainment industry. Just to see where people thought the wind was blowing. Who were we going to partner with?”

Skydance is the production company behind films in franchises including Mission Impossible, Star Trek, Terminator and Top Gun.