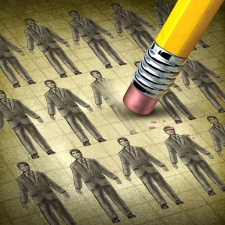 As we enter the fourth month of 2019, PCGamesInsider.biz can reveal that the games industry has already seen more job cuts this year so far than in 2018 as a whole.

By our count, roughly 1,500 video game employees have lost their jobs in the first three months of 2019. However, this figure is not 100 per cent accurate as we only have a rough number for how many members of staff have been laid off at some developers.

For one, we don't know how many staff were laid off at NCSoft's Iron Tiger mobile studio in January; nor do we know the exact number of employees affected by Activision Blizzard's sweeping eight per cent cuts, among others. Regardless, it's clear that a high number of employees have already lost their jobs already.

Only 13 jobs have been lost to company closures so far this year - those being at Wish Studios - with the vast majority of the total job loss figure being the result of layoffs. Obviously, the bulk of the close-to 1,500 job cuts comes from the double whammy of Activision Blizzard making eight per cent of its 9,900-strong workforce - in the region of 800 employees - redundant and Electronic Arts letting 350 from its marketing, publishing and analytics teams go.

Incidentally, the CEOs of both Activision Blizzard and Electronic Arts - Robert Kotick and Andrew Wilson - had the dubious honour of making it onto the Most Overpaid CEOs list this year for the second time.

By contrast, in 2018 the majority of job cuts were down to studio closures. 789 people were affected last year thanks to the likes of Telltale, Capcom Vancouver and Wargaming Seattle shutting their doors.

The need for workers in the games industry to have greater protections has been a hot topic of conversation for the last few years but has certainly ramped up in the last two calendar years. The gradual and sudden demise of The Walking Dead maker Telltale Games - which saw 250 members of staff let go without remuneration - and the aforementioned job cuts at Activision Blizzard as its CEO rakes in millions in compensation have certainly added fuel to the fire in this conversation.

Would-be union Game Workers Unite has been working to raise awareness of the need for greater worker protections in the industry. The UK chapter has even become an actual union, becoming part of gig economy workers union, Independent Workers of Great Britain.

Activision Blizzard
800
This figure is just an approximation, we do not know the total number that the Call of Duty and Overwatch maker let go. PCGamesInsider.biz has previously reported on where around 500 people at the firm have been laid off
Layoff