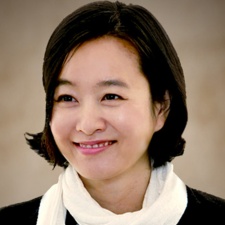 A Worker Adjustment and Retraining Notification (WARN) filing on Washington State's Employment Security Department from ArenaNet submitted on February 25th shows that 143 people have been laid off from the studio.

The company employed around 400 people before these layoffs took place, meaning the Guild Wars studio has lost in the region of one-third of its workforce.

Original story - 22/2/19: More bad news for people working in the games industry; ArenaNet, the studio behind Guild Wars 2, is set to make layoffs.

As reported by Kotaku, the CEO of NCSoft West Songyee Yoon (pictured) emailed staff saying that the company needs to cut costs owing to declining revenue, development delays and overheads in the West rising.

There's no indication yet just how many of the 400-plus staff working at ArenaNet are going to be made redundant, but employees working on unannounced projects are fearing the worst.

“Our live game business revenue is declining as our franchises age, delays in development on PC and mobile have created further drains against our revenue projects, while our operating costs in the west have increased,” the top exec wrote.

“Where we are is not sustainable, and is not going to set us up for future success.”

She continued: “The restructuring, cost-cutting, and strategic realignments are all being done to secure our tomorrow and to provide the foundation that will allow us to grow and acquire."

That parent company NCSoft was facing troubles has been somewhat evident for some time. The firm's Q4 2018 financial results showed a dip in PC revenue which isn't being offset by the publishing giant's mobile business.

NCSoft also shut down its would-be World of Warcraft killer MMO WildStar - as well as Carbine, the studio that made it - in September of last year. Mobile development house Iron Tiger was also struck by layoffs earlier this year.

The cuts facing ArenaNet, of course, come in the wake of Activision Blizzard announcing record revenue alongside an eight per cent slash to its workforce. No exact figure has been placed on this round of layoffs, but it's thought to be in the region of 800 jobs.