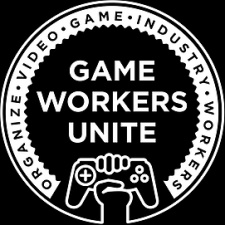 A movement to unionise workers in the games industry has issued a scathing statement condemning the redundancies at Telltale Games.

The episodic narrative developer laid off the majority of its staff at the end of last week, keeping a skeleton crew of 25 to close out remaining projects. High-profile series’ like The Walking Dead and The Wolf Among Us are said to have been cut short or cancelled as a result.

Game Workers Unite, an organisation formed following this year’s GDC to increase awareness of workers' rights within the games industry, placed the blame squarely in the hands of what it labelled “incompetent” and “exploitative” Telltale Games executives in a statement this weekend.

“They knew that this was coming and failed to warn anybody,” said a spokesperson for GWU.

“We know that the management disregards their workers. Several reports have continually highlighted the working conditions at Telltale, demonstrating that this is more of the ongoing prioritisation of board members and shareholders that has existed since the studio’s founding - always to the detriment of their employees.”

While the studio closure is sad in itself, a troubling issue for employees has been the apparent lack of severance pay or notification, leaving many developers stranded.

“Hundreds of workers are being denied pay and healthcare without notice or severance, left vulnerable in an area with an extremely high cost of living," claimed the GWU spokesperson.

"Some of those workers were just recently hired.”

The situation has led to an outpouring of support online, with hashtags like #telltalejobs attempting to bring former Telltale employees into vacancies as soon as possible. But according to GWU, the problem isn’t isolated to this one studio - it’s eating at the heart of the games industry.

“This problem is not isolated to only Telltale or the executives there - this is a problem that we see time and time again throughout the industry; we will continue to see as long as management is able to take advantage of workers," read the statement.

“The system for creating games is broken, and it will result in the collapse of many other beloved studios in the future.”

While many believe unionisation may have helped the situation at Telltale Games, it’s impossible at the time of writing to say what caused the studio’s collapse. With a number of highly-anticipated projects in the work, the sudden close comes as an apparent shock.

CEO Pete Hawley said it had been an "incredibly difficult year" for the company as it set out to put the developer "on a new course".

"Unfortunately, we ran out of time trying to get there," he said.

"We released some of our best content this year and received a tremendous amount of positive feedback, but ultimately, that did not translate to sales. With a heavy heart, we watch our friends leave today to spread our brand of storytelling across the games industry."

Numerous accusations have emerged about the company culture at Telltale Games. Former employees have railed against what they call a hostile work environment defined by “toxic management and creative stagnation.”