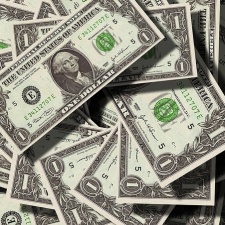 The chief execs of both Activision Blizzard and Electronic Arts once again have the dubious honour of appearing on activist group As You Sow's Top 100 Most Overpaid CEOs list.

This initiative has been running for five years now, with the 27-year-old-corporate responsibility non-profit calculating how overpaid CEOs are by looking at their total compensation, the ratio between that and the average salary of the company's workers as well as how many shareholders vote for the chief exec's pay.

Activision Blizzard boss Robert Kotick charts at No.45, with a reported $28,698,375 compensation. That's 306 times the average wage of workers at his company, meaning the average Activision Blizzard employee makes $93,785 per year. 92 per cent of shareholders voted to approve Kotick's compensation, but As You Sow calculates that the CEO is overpaid to the tune of $12.8m.

Kotick's compensation has actually dropped $4.4m since his first appearance, on the 2018 Most Overpaid CEO list, where the exec was down as being paid $33.1m, an excess of $20.5m.

Meanwhile, EA boss Andrew Wilson appears at the No.98 post on the 2019 list with a compensation of $35.7m. 97 per cent of shareholders approved the CEOs pay, which is 371 times that of the average Electronic Arts worker - in the region of $96,303.

Using this information, As You Sow reckons that Wilson is overpaid by a massive $19.7m. That's a sizeable increase on the $20m that the non-profit reports that Wilson was earning for its 2018 list.

While Wilson isn't in particularly hot water at the moment, Kotick most certainly is. The Activision Blizzard chief announced record revenue for the games giant in 2018, alongside an eight per cent cut of the company's workforce.

Would-be union Game Workers Unite has started a campaign for Activision Blizzard to fire Kotick - something which seems unlikely given that 97 per cent of shareholders approved his compensation package.

This is actually the third year that the games industry has appeared on this list. Back in 2017, now-departed Autodesk boss Carl Bass was deemed the 87th most overpaid CEO, with compensation of $12.2m.