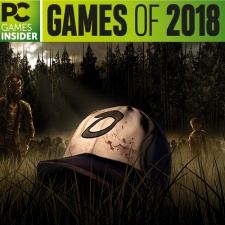 At the end of every year, PCGamesInsider.biz takes a look at the titles that defined the last twelve months. They don't have to be the best games, or even ones that launched in that timeframe, but they will have had a massive impact on the market.

The conversation about the need to improve working conditions for developers has rumbled on for some time, but this year is when the topic came to the forefront.

California-based Telltale Games' implosion shocked the industry, with the subsequent conversation showing an entire segment of the industry that is tired of being treated as a disposable workforce.

In September it was announced that the company was going to be reduced to a skeleton crew of 25 - just ten per cent of total staff - ahead of a proposed closure. That was before those remaining employees were let go just weeks later.

Staff affected lost their roles without any severance pay or notification, which is simply unacceptable. PCGamesInsider.biz has looked into why the game maker went under previously. In the wake of the closure, it seemed that Telltale was more interested in looking after stakeholders than its former employees, openly saying that the initial remaining staff were there to help fulfil obligations to its partners, such as finishing The Final Season of The Walking Dead.

Honestly, this article could have been about any number of companies or games in 2018 alone - Rockstar with Red Dead Redemption 2, Starbreeze in the wake of Overkill's The Walking Dead, or Dead Rising maker Capcom Vancouver.

The shadow of crunch and the culture of overwork have long hung over the games development community. Working long hours to meet arbitrary release windows, generally in line with financial targets from publishers, isn't a trade secret. It's more of an open secret and one that we should not be happy with.

Telltale was shocking as the studio was a sheer success story. The company went from relative obscurity, producing titles based on the Sam and Max, Jurassic Park and Back to the Future IP to producing a bevvy of bona fide hits, working on some of the biggest entertainment franchises in the world - The Walking Dead, Game of Thrones, Batman, Minecraft, Guardians of the Galaxy… it's a veritable list of IP that more or less anyone with an internet connection would have known about. Though there were problems along the way, it looked that Telltale could have maintained this upwards momentum forever.

Which is why it is shocking just how the company went down - gradually, then suddenly. Minor problems became massive issues. Mismanagement ended up seeing the studio and its staff imploding.

This year is when the conversation has come back, with staff angrier than ever. At GDC this year, there was talk of unionisation for developers - something that is sadly pretty hard to do given the ways that games are made. There's been some progress in the UK with the founding of Game Workers Unite - now an actual union and apart of gig economy union Independent Workers of Great Britain - but much needs to be done. In the United States in particular, where your healthcare and other benefits are attached to the job you have, being made redundant with no warning and no compensation is a life-destroying moment.

This might be the year that tackling crunch and the culture of overwork that has become so prevalent in the games industry goes from being talk to an issue we are dealing with. Though organisations like US trade body The Entertainment Software Association maintain that there isn't an issue with the way studios at its member publishers are run, the writing is on the wall.

As former Telltale employee and PC Pulse member Emily Grace Buck has said before - developers deserve much better than what the industry is giving them.