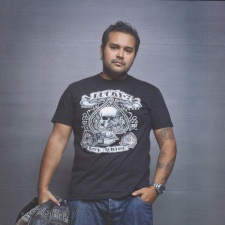 Art deco art and whizz-bang contraptions might invite some shocking comparisons in gaming circles, but Close to the Sun is promising more than an irrational imitation with its stealth-horror take on a familiar style.

We spoke to Storm in a Teacup CEO and founder Carlo Ivo Alimo Bianchi to talk pitching, publishing help, and how Unreal’s development grant has been a vital tool in creating the stunning art-deco thriller.

Who is Storm In A Teacup, and what experience does the team have in games?
Storm In a Teacup is an independent videogame studio which aims to deliver to players only the best experiences. Our first titles were designed to test and understand the market and have brought us to this point here and now.

Our team is mainly homegrown but we have also attracted a wealth of outside experience including developers from top tier titles such as Forza Motorsport, Star Wars Battlefront and Gears of War; I, myself have been held roles in Ubisoft, Square Enix, Crytek and Warner Bros Games. Our triple-A experience helps us technically but I can honestly say that running a company is completely different and I still have much to learn.

What was the pitch behind Close to the Sun?
Not another “haunted mansion” horror game - this is what we decided first. I love haunted mansion horrors, but they have become incredibly overdone, often using the same cheap tactics and clichés to engage the player.

We wanted to create something with a real atmosphere that felt fresh. This is why after two months of meetings we finally made a decision - the main words on the table were: ship, Tesla, steampunk. We were inspired by games like N.E.R.O. and Lantern but knew at the same time that we wanted to develop something radically different.

Drawing influence from games like SOMA and Outlast, we set about creating a horror adventure that had the best of both games whilst discarding what we felt didn’t fit. This process helped us to shape Close to the Sun and we are very proud of the result.

How did the partnership between Wired Productions and Storm In A Teacup come about?
We have known Leo [Zullo, CEO] from Wired for a number of years and have a very good relationship with the team there. We were in contact throughout the development and after several months of discussion around the collaboration, they decided to take the step and offer us a contract.

We were contacted by other publishers but we chose Wired Productions based on our faith placed in people. We believe the team at Wired are right for this title.

The game has quickly drawn a comparison to games like Bioshock. How does Close To The Sun stand apart from the Irrational series?
We are totally flattered by the comparison to Bioshock; it’s an incredible game with a reputation to go with it - but honestly, the gameplay in Close to the Sun is more akin to something like SOMA.

I think I have personally played only the first and last chapter of the original Bioshock and our Art Director has never played any of the series – there is nothing in the game design connecting them.

Bioshock comes up often when presenting Close to the Sun, I think because when you see art-deco in a videogame that’s what comes to mind. If you think post-apocalypse you think Fallout but that doesn’t make your game like Fallout.

We are very pleased with the comparison with BioShock, it means we did our job well.

How did the Unreal Dev Grant come about, and how has it affected development?
We had a very clear idea of the visual design for the game, both in terms of architectural style and scale, couple these static aspects with the electrifying theme and sea setting and the Unreal Engine is the obvious choice for the game - it’s allowed us to create a game which is striking whilst at the same time streamlining our development process. A lot of the credit here goes to our marketing and PR manager, Eleonora Lucheroni who has done a great job creating buzz around the game.

The best advice we can give is to look after your relationships, if your game is good there are always opportunities to work with partners. In this case, the support came from Epic Games, they loved our game and technology since the very beginning, they supported us whenever they could and ultimately decided to support us on for Close to the Sun. With the money from the Dev Grant, we can now polish the game even more and give players an even better experience.

What have you learned from Close To The Sun’s development?
The importance of sleep. We developed the game with 13 people in just two years. Usually, it would take maybe 25 people, three to four years to develop a game like Close to the Sun, what we did has something superhuman in it.

We also learnt that technology is not just important for the game itself but what you create can help to fund your project as a whole. Our vision for Close to the Sun required a huge expanse of water so we created our own bespoke Ocean Simulator from scratch and were able to monetise what we had built by making it available to other developers through the Unreal Marketplace, providing a regular monthly income to feed back into the rest of the game’s development.

It’s four years that Storm in a Teacup formed - Close to the Sun is our fourth title. Even when I was making the wrong decisions, choosing the wrong partners or taking the wrong direction, there was always a lot to learn and there still will be.