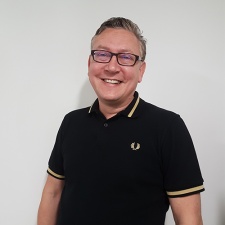 The title went on to be publisher Curve Digital’s most successful release to date. It’s been trending on SteamSpy since its launch, with Curve saying it has been in the Top 100 concurrent users “several times”. Not only that; though the company had high expectations for Bomber Crew, these have been smashed by the reality.

“We always knew Bomber Crew had potential, but being a good game is not good enough these days,” MD Jason Perkins says.

“That said, there was a sense we were moving in the right direction. Wishlist additions were steadily increasing, traffic to the Steam page was accelerating, streamers were really engaging with the game, so we felt like we’d done everything. But it was equal parts excitement and nerves when we came to launch.

“We tend to set a minimum bar rather than a sales target, but in its first week on sale, we’ve sold close to the number we were hoping to do in the first year. It’s quite staggering.”

All this talk of player interest, sales data and return on investment is great - but what about Bomber Crew has spoken to people?

“It’s a game about managing the panic – which makes it as brilliant to watch as it is to play,” Perkins says.

“It doesn’t take itself too seriously, yet manages to tell stories unique to those playing it. Plus, you can draw penises on the side of the plane. What’s not to like?”

As said when we spoke to the publisher recently, this is the first release from what we’d dub Curve Digital 3.0. Perkins says that the performance of Bomber Crew has vindicated the company’s new course.

“This is the first real release from New Curve – an idea of what the backing of Catalis enables us to do. A couple of years ago, we’d not have been in a position to fund the game – but now, we’re not just helping developers make the games they want to make – but we’re properly backing them with significant sales and marketing expertise.”

Perkins says that making a smash hit can be challenging - but rewarding if done with the right project and timing.

“That opportunities do remain for the right games at the right time,” Perkins explains.

“Creating a hit is difficult – but not impossible. But when it does work, it can be enormously rewarding.”

Curve is hoping to be rewarded again, with plans to bring new content to Bomber Crew. Not only that, there’s talk of more entries in the new ‘Crew’ franchise.

“We see this as the start of something very special. We’ve just finished a patch which addresses some of the player feedback from the initial launch and then we’ll be embarking on additional content for the core game, whilst beginning to plan for other titles in the Crew series.”