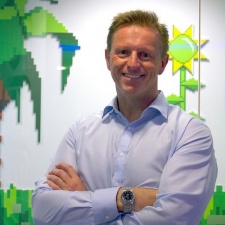 That's according to GamesIndustry.biz, which reports that the company has snapped up everything related to the colour-centric puzzle title. No figure has been placed on the deal.

He continues, "Hue is one of our portfolio's highest-rated titles and has been enjoyed by millions of gamers the world over,"

"This acquisition will enable Curve to secure Hue's future and continue serving the game's growing community with added content and potential sequels."

Fiddlesticks was founded in 2014 by Dan Da Rocha before fellow co-founder Henry Hoffman joined early the following year. The studio released Hue with Curve in 2016.

This is the third studio acquisition that Curve has made in recent years. In 2019, it snapped up Bomber Crew dev Runner Duck before buying Iron Oak Games the following year.