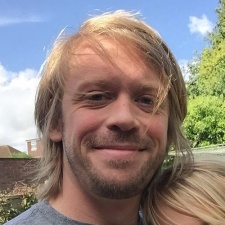 After meeting in 2011 at Brighton-based developer Relentless, David Miller and Jon Wingrove decided to go it alone in 2016.

The duo had been "fascinated" with making games since they were children, but after working on the likes of Dirt 2 at Codemasters and Buzz at Relentless, they found themselves working on free-to-play mobile titles.

“[That] proved to be an uninspiring experience,” Miller explains.

“On realising that what we were doing was a far cry from what we dreamed of as kids, we decided to make the jump and go indie.

“We put together a short email which outlined what Bomber Crew was, how much money we thought we needed to complete it and what we needed from a publisher; we also attached a 30-second pitch video made from work-in-progress footage. We sent this email out to every publisher we could find. We were surprised to receive positive responses from the majority of them immediately. I think the fact that our opening email was candid and succinct made for an easier decision for the publishers.

“Discussions with Curve have been genuine and straightforward from the start, so it was an easy decision to partner with them. We signed and setup Runner Duck at the start of 2017.”

There are obviously both pros and cons to going it alone; Miller says that there’s much more to do, especially with launch quickly approaching, but that totally owning a project is satisfying.

“The downside is that there’s far less social interaction, especially when a release date is looming,” he says.

“But the benefits of just being the two of us are great; there’s no management nonsense or stand-up meetings getting in the way - we can just focus on making the game as good as possible.

"Owning the project is fantastic - it makes talking to publishers/investors surprisingly easy, even for non-business types like ourselves. You’re in a solid position if you truly know what it is that you’re offering.”

The developers drew from a variety of inspirations for Bomber Crew, with some inspirations helping with Runner Duck’s pitch or tagline for the project.

“The initial inspiration for the game came from a mix of B17 The Mighty 8th, XCOM and Cannon Fodder,” he explains.

“Although, as FTL did such a great job defining the ‘crew management’ sim, the snappy line we settled on was ‘FTL in a WW2 bomber’.”

Bomber Crew is shipping with a Season Pass. Though obviously common on the triple-A side of things, Season Passes are somewhat rarer with indie projects. But the decision to do this was out of necessity,

“Towards the end of a project, there are always new ideas for features and content that just don’t fit in the schedule,” Miller explains.

“A season pass allows us to develop and get them out to fans of the game.”

The title is coming to both PC and console. The former launches on October 19th, with the PS4, Xbox One and Nintendo Switch SKUs hitting digital storefronts at a later point.

“The alternative would be to hold back the PC release while we polish the console control schemes and satisfy their TRCs,” Miller says.

“We decided to let players get their hands on the game sooner, while we continue to work on the console versions.”

Looking towards launch, Miller says that he doesn’t actually have any expectations in mind; but if Bomber Crew’s performance lets Runner Duck do another title, then it’s a victory.

“We honestly don’t know [how we expect the game to do,” he says.

“It’s difficult to get perspective on things like that when you’re absorbed in development.

“However, when we founded Runner Duck, we agreed that if our first game was successful enough to allow us to make a second one, then we’d consider that a win.”