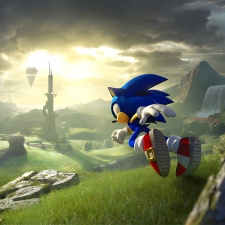 The recently-released Sonic Frontiers is off to a good start on Steam, setting a brand new record for the blue blur on the PC platform.

According to Steam Charts, the title has set a new record for the number of concurrent players an entry in the series has attracted. Frontiers brought in 19,104 people at 1am UK time on November 9th, the day following its release.

That's higher than the 11,883 simultaneous users that Sonic Mania brought in in the wake of its launch back in August 2017.

Sonic Frontiers made its debut as the third highest-grossing item on Steam last week alongside fellow Sega title, Football Manager 2023. At the time of writing, the game boasts a score of 72 on Metacritic.

Up until the end of March 2022, the Sonic the Hedgehog franchise had been bought and downloaded over 1.5 billion times, though that figure does include free-to-play releases.