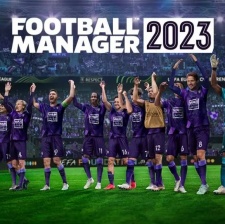 It's been a good week for Sega as it has two brand new titles in the Steam Top Ten.

Sonic Frontiers debuted in third place to generally positive reviews, while Football Manager 2023 went straight to fourth in the charts follow their releases on November 8th. Sonic Frontiers also appears at No.10 in the rankings.

Top place once again goes to Call of Duty: Modern Warfare 2 – this is the third week in a row that the shooter has been the highest-grossing title on Steam. Modern Warfare 2 also appears in fifth place.

Valve's Steam Deck holds steady in second place, while pre-orders for Warhammer 40,000: Darktide from Fatshark were the sixth biggest seller on Steam last week. This follows the company's success with the Warhammer Vermintide games.

In seventh place is Soulstone Survivors from Game Smithing. This is a new roguelike title that made its debut on November 7th. Meanwhile, God of War returns to the Top Ten at No.8 off of the back of hype surrounding its sequel, Ragnarok, which launched on November 9th.

A 67 per cent price cut sees Deep Rock Galactic return to the charts in ninth.

Here is the Steam Top Ten for the week ending November 13th: