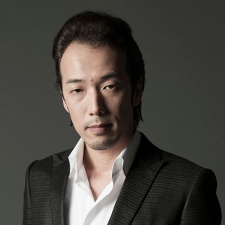 The producer of Sega's Yakuza franchise Daisuke Sato has said that he would love to make a Sonic title.

Speaking in an interview with Sega Europe senior marketing manager Derek Seklecki as part of the celebrations around the Japanese publishing giant's 60th birthday, the veteran game developer was asked which Sega franchise he'd want to work on that he hasn't already.

Sato has worked at Sega since 1994 and has worked on many of the firm's big properties, including Virtua Fighter, Super Monkey Ball and Streets of Rage. He also worked on the Sega-developed and published F-Zero GX back in 2003.

"After all, when you hear Sega, you think Sonic. I'd like to get involved once at least. If I were to do it, I wouldn't do Sonic as it was. I would like to make a completely different Sonic."

The Sonic franchise has been in something of disarray for many years now, with recent releases failing to hit the mark with fans. The exception to this rule is the 2D Sonic Mania, which was made by fans, and by April 2018 had sold over one million units worldwide. At the end of 2017, it was one of PCGamesInsider.biz's Games of 2017.

The Sonic the Hedgehog film launched in February of this year and generated more than $200m in revenue around the world. The initial design for the titular character was met with mockery by fans when it debuted in the movie's first trailer, with Sega and Paramount turning to Sonic Mania artist Tyson Hesse to do a redesign.