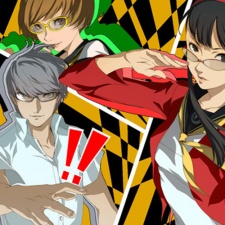 The CEO of Sega Sammy Haruki Satomi has said that it wants to bring more games from its Atlus label to PC.

As reported by Gematsu, the exec said it hoped to bring more releases from this label to the platform following the success of Persona 4 Golden on Steam this summer.

This echos remarks from Sega in August, when the company said that it was looking to double down on PC ports. At the time, the firm said that sales of Persona 4 Golden were "significantly higher than expected." That game sold over 500,000 copies on PC within a month of launch.

“As for Steam, while we haven’t been actively releasing Atlus titles on PC, we felt that there was much potential there and put out a direct port of Persona 4 Golden for PC, and the user response was far beyond our expectations,” Satomi said.

“That being said, we hope to release Atlus catalogue titles across various platforms, whether as direct ports or in the form of remasters or remakes."

In recent years, Sega has brought a number of its console IP to PC, including Vanquish, Bayonetta, Yakuza and Valkyria Chronicles.