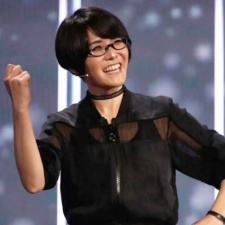 Speaking to IGN, the developer revealed her new venture, Unseen, which will focus on mystery, horror, sci-fi and supernatural themes. This will be headquartered in Tokyo.

"The Tokyo studio acts as a terminal," Nakamura said.

"A place where different cultures intersect. A hub for artists to gather. We want to transcend various medium beyond the realm of video games."

She added: "I want to make a game with characters that reflect real-life personalities and minorities with an open-minded setting that represents multiple cultures."

This venture will not be entirely focused on video games; Nakamura says that she wants to think about her work as broader intellectual properties.

"I don't want to think only in terms of video games; I want to make new IP that can work as a variety of entertainment media," she said.

"For example anime, education, apparel – I’d like to make a game that can have an impact on those kinds of media too, and to grow carefully."

Nakamura revealed she was departing Tango Gameworks in September 2019 having risen to fame off the back of her appearance at that year's E3 showcasing upcoming new IP Ghostwire Tokyo.

In March 2021, Nakamura said she intended on setting up her own studio.