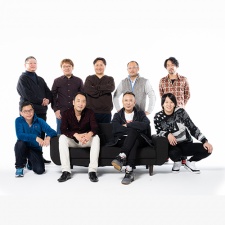 The creator of the Yakuza franchise, Toshihiro Nagoshi, has founded a brand new developer.

The venture – dubbed Nagoshi Studio – is backed by Chinese giant NetEase and will apparently focus on high-quality titles, with console taking the primary focus.

"The sea change that began in the entertainment industry in the late 20th century has brought even greater change to the industry in the 21st century," Nagoshi wrote in a message on his studio's website.

"Changes to entertainment content, how it's made and the business model driven by technology and infrastructure advances have sparked a paradigm shift What only yesterday had been considered the height of cool now suddenly becomes outdated before you know it.

"For creators, this makes working in the industry today incredibly challenging. But no matter how the times change, I believe that what people essentially want from entertainment has not changed one bit."

This news comes in the wake of Nagoshi leaving Sega in October 2021. Prior to that, there had been rumours that he would be partnering with NetEase for his next project.