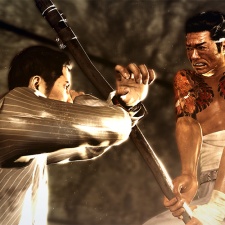 The creator of Sega's Yakuza series Toshihiro Nagoshi is apparently in talks with China's NetEase.

That's according to Bloomberg, which reports that the developer is in "final negotiations" with the Chinese firm. This comes in the wake of Nagoshi stepping down as chief creative officer of Sega parent company Sega Sammy in January of this year to focus purely on being the Yakuza franchise's creative director.

Were NetEase to successfully poach Nagoshi, he'd be a valuable addition to the Chinese firm. Though the company is huge in its native China, it hasn't had any huge successes outside of this region.

NetEase's relationship to firms outside of China has generally been financial; it has invested in the likes of Quantic Dream, Bungie and Bossa Studios, for example. Hiring a talent like Nagoshi definitely feels like a change of pace for the firm.

Nagoshi joined Sega back in 1989 as a CG designer working on the firm's racing output, such as Daytona USA. From there he was part of the team that developed Shenmue and was later promoted to head of Sega's Amusement Vision lead where he spearheaded the development of Super Monkey Ball.

In 2005, the first entry in the Ryū ga Gotoku – Like a Dragon – series, or Yakuza as its known in the West launched. Five sequels, one prequel, a number of remakes and a handful of spinoffs have been released, including the Judgment sub-series.

The future of that brand is in question at the moment over a dispute between Sega and Japanese talent agency Johnny related to regional pop star Takuya Kimura lending his likeness and voice to protagonist Takayuki Yagami.