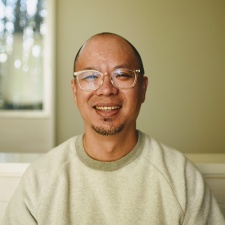 The firm has started life with a $37.5 million Series A funding round, led by Chinese games and entertainment giant NetEase, alongside NEA, BitKraft Ventures, Griffin Gaming Partners, SISU Game Ventures.

Theorycraft is being headed up by CEO Joe Tung (pictured), former EVP of League of Legends and an exec producer on Destiny and Halo. Other talent includes CTO Michael Evans, who has worked on Valorant, Overwatch and Halo, Bungie vet Mike Tipul who is taking on the chief creative officer role, as well as art director Moby Francke, who previously worked at Riot and Valve.

Finally, the former global revenue and finance lead for Riot's League of Legends, has been hired as chief operating officer.

"Not only to have gotten off to such a great start to the studio — but to have found a group of such like-minded partners who believe like we do that games serve fundamental human needs; who support our goal of getting the game in players’ hands quickly and developing the game with them; and most importantly, who understand that we are in this for the long-term. NetEase and our co-investors are the ideal group of partners to help us bring the company’s vision to life."