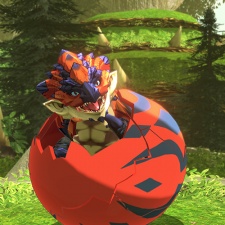 Japanese publishing giant Capcom has revealed over one million shipments for the recently-released Monster Hunter Stories 2: Wings of Ruin.

In a release to investors, the firm said that it had shipped more than one million copies across both Nintendo Switch and PC around the world since the game's July 9th launch. There's no indication as to what the breakdown of sales between these platforms is, however.

Wings of Ruin is the sequel to 2016's Monster Hunter Stories, which debuted for 3DS and mobile devices.

In its first week on sale, Monster Hunter Stories 2: Wings of Ruin was the third highest-selling item on Steam, while pre-orders took the No.9 spot. The following week, however, the title made its debut at the top of the charts on Steam.

Monster Hunter World has shifted more than 4.5 million copies on PC, while shipments across all platforms clock in at north of 13 million. The Iceborne expansion has shipped more than five million units, too.