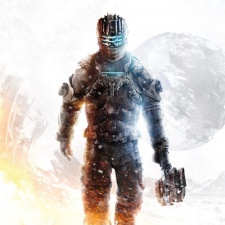 There are reports circulating that Electronic Arts is reviving its space horror franchise, Dead Space.

That's according to GamesBeat's Jeff Grubb – as spotted by VGC – who said that the plan was to announce the title at the upcoming EA Play event on July 22nd. EA Motive of Star Wars Squadrons fame is apparently at the helm of this project.

Both Eurogamer and Gematsu have all corroborated this reporting.

Gematsu has claimed that this will be a "reimagining" of the series, as opposed to a sequel to the Dead Space trilogy which ran between 2008 and 2013. The studio behind those games, Visceral, was closed back in 2017.

The executive producer of the original Dead Space – Glen Schofield – alongside its producer Steve Papoutsis are now working at Krafton's Striking Distance studio. That outfit revealed a new IP at The Game Awards 2020 called The Callisto Protocol, which seems to carry on Dead Space's legacy of sci-fi horror.

Following the launch of Star Wars Squadrons, EA Motive's GM Patrick Klaus said that the studio was working on "several" projects, later clarifying that none of these are Star Wars related.