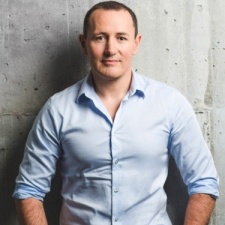 The developer behind the recently-released Star Wars Squadrons, Motive Studios, is also working on a number of unannounced projects.

That's according to the developer's general manager Patrick Klaus (pictured), who wrote in a blog post that it was working on several other games. The GM said that the studio is trying and testing a number of new ideas to try and help them find something great.

The fact that Klaus says Motive is working on other projects on top of Star Wars Squadrons could point to further updates coming to the sci-fi dogfighting game. Last week, creative director Ian Frazier said that there were "no plans" for more content for the title.

"Innovation is tough, but it’s also exciting and energising. With our new mission, we're trying a lot of things and testing many ideas which you can’t get attached to, as iteration and experimentation are healthy and a key to finding something great. The team is super talented and we’re all striving to make aspirational games that push the boundaries of what players expect now and into the future.

"Behind the games, there are our artists - diverse, passionate, and incredibly talented human beings working together and aiming to do the best work of their careers creating entertainment. I strongly believe happy and engaged creators make better games, so nurturing a healthy culture is fundamental for us. The journey is just as important as the destination.

"Who we hire, how we work and interact with one another plays a massive role in what sets us apart and will help us succeed as a games studio. There are no superstar creators with big egos at Motive, we know a team that works well together, focused on the same objective, is far more powerful. This is one of our strengths and we intend to nurture it by investing in diversity and inclusion to push boundaries, and continue to get better every day.

"Make no mistake, we’re not perfect. We must course correct occasionally, we have a lot to learn and a lot to prove- and that’s ok. We need to be humble and embrace this. We are ONE team, always, through the good days and the bad days. We'll never compromise on this."

Klaus joined Motive Studios as its general manager and VP in April 2019 following the departure of Ubisoft vet Jade Raymond, who moved to Google Stadia.