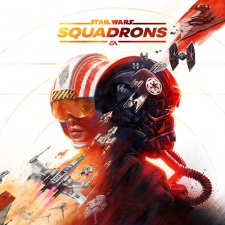 Electronic Arts' Motive studio has said that it is not working on another Star Wars game following the launch of Squadrons last month.

Taking to Twitter (below), the developer said that a job listing that made reference to it making another project set in a galaxy far, far away – previously been spotted by GamesRadar – had been due to "human error."

"We’ve seen a lot of speculation," the company wrote.

"While we’re not working on a new Star Wars project, we are working on something pretty special."

Due to human error (hey, it happens!) we’ve seen a lot of speculation. While we’re not working on a new Star Wars project, we are working on something pretty special. Follow us here or check back for more info on what we’re up to! https://t.co/u6oJewebUN

This comes in the wake of Squadrons' launch at the start of October, which saw the game as the second highest-performing title on Steam behind multiplayer smash hit Among Us. EA has said that it has "no plans" for more content for the space dogfighting game. In a blog post following Star Wars: Squadrons release, studio GM Patrick Klaus saying that Motive has "several" projects in the works right now.