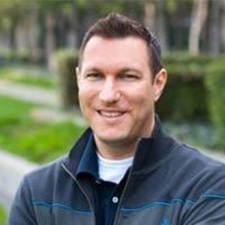 As reported by VGC, the ex-GM has came on board as chief development officer this month having spent 14 months at VR animation firm Baobab Studios. Papoutsis left his VP role at Electronic Arts in 2018, having worked at the Redwood-based games giant for 13 years.

The new chief development officer isn't the new hire at the PUBG Corp development outfit. Stacey Hirata has joined as COO, previously working as president and chief marketing officer for Indigo 7 Silicon Valley. Sledgehammer vet Patrick Boswick has been hired as head of talent acquisition having spent over four years at the Call of Duty maker.

Senior concept artist Robin Chyo has been snapped up having worked at Telltale Games, FunPlus, Gree and Kabam, while Sledgehammer and Ascendant Studios alum Scott Whitney has been hired as senior narrative designer.

Tristan Sacramento has come on board as a lead animator, having previously worked for almost four years as an expert animator at Sledgehammer. Former Sony Interactive Entertainment senior animation director Christopher Stone joined as chief creative officer having worked at Activision, EA and Crystal Dynamics.

Meanwhile, Primo Navidad has been hired by Striking Distance as its new animation director having previously worked at Sledgehammer Games, EA's Visceral Games and Crystal Dynamics in various animation roles.

PUBG Corp revealed its new San Ramon, California-baed Striking Distance studio earlier this month, with Sledgehammer Games co-founder Glen Schofield at the helm. This new developer is going to be focused on "an original narrative experience" set within the world of Playerunknown's Battlegrounds.

Schofield founded Sledgehammer with Michael Condrey in 2009 having formerly been vice president and general manager at EA's Visceral Games. Both Condrey and Schofield left Sledgehammer in February 2018 to take on exec roles at Activision. In December of the same year, Schofield revealed he was stepping down from the publisher, while Condrey announced he was heading up a new 2K studio in Silicon Valley in February 2019.