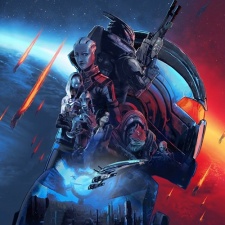 Legendary Edition debuted at No.1 following pre-orders for the title being the ninth highest-seller last week. The studio is currently working on a new entry in the franchise, with a number of BioWare vets joining the development team for that project.

Resident Evil Village drops from first to second place week-on-week, while the bundle with 2017's Resident Evil 7 rises three places from No.6 to third. Publisher Capcom revealed that it shipped three million copies of Village in its first four days; the title attracted 106.6k concurrent users on Steam in its first week on sale – a record for the franchise.

Valve's Index VR headset was the fourth highest-seller of the week, coming in ahead of Subnautica: Below Zero. That game launched in 1.0 form on May 14th following its Early Access launch on both Steam and the Epic Games Store in January 2019.

Co-op title It Takes Two drops from fourth to sixth, while Hood: Outlaws & Legends from Focus Home debuts in seventh place following pre-orders for the game being the second highest-seller last week.

Doom Eternal makes a return to the Top Ten in No.8 thanks to a 67 per cent cut in price, while pre-orders for MMO Final Fantasy XIV expansion Endwalker came in ninth ahead of its upcoming launch in November 2021.

Rounding up the Top Ten is pre-orders for THQ Nordic's Biomutant, which is set to launch on May 25th.