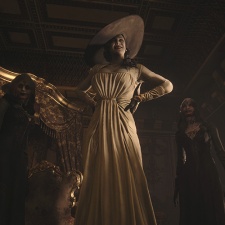 More than three million copies of Resident Evil Village have been shipped so far.

That's according to publisher Capcom, which revealed the milestone on its investor relations page as of May 11th, four days after the game's initial release. The firm also highlighted the fact that the horror franchise has surpassed 100 million units sold-in to date.

Resident Evil Village made its debut on May 7th and was the best-selling item on Steam last week. Furthermore, the title hit a record of 106.6k concurrent users on the platform within two days of its release, a record for the horror franchise.

Capcom has also revealed that over 8.5 million copies of 2017's Resident Evil 7 have been shipped to date. That means the title has been bought over 500,000 times since August 2020, when sales stood at just under eight million copies.