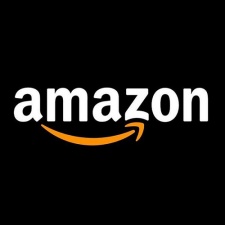 Amazon has once again pushed back the release of its MMO New World.

The firm announced the tweak in a post on the game's website, saying that the MMO would now be launching on August 31st, later than the spring launch window that had previously been announced. Apparently, Amazon Game Studios will be using this extra time to improve New World's end game content.

Amazon says that it will be expanding testing for its European servers on March 30th ahead of a closed beta on July 20th.

Earlier in the year, a damning exposé emerged from Bloomberg about Amazon Game Studios, which portrays the division as wildly mismanaged. This part of the company was set up back in 2012 and hasn't had much luck so far. Just last year, hero shooter Crucible was launched and killed within just five months.

In the wake of this report, the next CEO of Amazon, Andy Jassy, sent an email to staff saying that he believes the company will see success in games, even if it has had its missteps so far.

“Some businesses take off in the first year, and others take many years,” he wrote.

“Though we haven’t consistently succeeded yet in AGS, I believe we will if we hang in there.”

He continued: “Being successful right away is obviously less stressful, but when it takes longer, it’s often sweeter. I believe this team will get there if we stay focused on what matters most.”

As well as New World, Amazon has signed a publishing deal with Korean giant Smilegate for an upcoming project, in addition to partnering with Leyou for an MMO based on The Lord of the Rings.