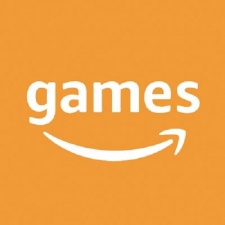 The new CEO of Amazon, Andy Jassy, has said that the company's games business could be its biggest entertainment earner in the future.

Speaking at GeekWire Summit 2021 – as reported by Bloomberg – the exec said that the recently-launched MMO New World is a testament to the company's development capabilities. Jassy took over from Amazon founder Jeff Bezos in July.

The company's CEO saying that games could be its biggest entertainment business is notable because it recently snapped up film and TV giant MGM in a deal worth $8.45 billion.

"There were a lot of articles written, people saying things like 'Amazon knows how to build everything but games, why can't they build games?'" Jassy said.

"It takes a few before you find a hit or several, but they didn't lose their resolve."

This comes in the wake of a great deal of scepticism towards Amazon Games, not least following an exposé from Bloomberg that painted the division as mismanaged and chaotic. Jassy talked up Amazon Games after that article, saying that he was committed to this part of the business for the long term.

This echoes recent remarks by Amazon Games boss Christoph Hartmann, who said that he was not interested in rushing products out of the door and that developers Were taking a more long-term look at their titles.

New World launched on September 28th after a number of delays. The MMO was the best-selling game on Steam in its first week and has hit a record of 913.6k concurrent users since release.