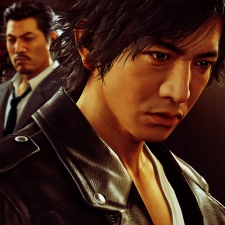 Sega's Yazuka spin-off Judgment might be giving PC a miss due to a dispute between the publisher and a talent agency.

As reported by Japanese publication Nikkan Taishu – and translated by Kotaku – celebrity agency Johnny's represents local celebrity Takuya Kimura, who leant his likeness to the game's protagonist, as well as voicing him in the Japanese version. Apparently, Sega has been unable to reach an agreement with the agency due to Johnny's not wanting Judgment to appear on PC.

The reasons for this appear to be the impact it has on how Johnny's manages Kimura's likeness, as well as generally not liking PC or online platforms. As a result, the franchise as a whole might come to an end off the back of this disagreement.

Kimura is reportedly in favour of appearing in the franchise

Judgment debuted in 2018 for the PlayStation 4 in Japan, before a worldwide release the following year. A remastered version of the title came to next-gen consoles and Google's Stadia streaming service in 2021.

A sequel, Lost Judgment, is set to launch in September for PS4, PS5, Xbox One and Xbox Series X/S. When this was revealed, the game's website featured Windows 10 and Steam logos, leading to speculation that the title would be coming to PC. Shortly after, Sega told PC Gamer that Lost Judgment isn't coming to PC "at this time."