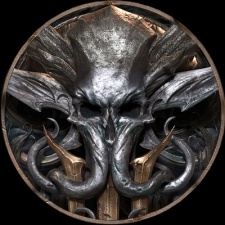 The eagerly-anticipated Baldur's Gate 3 launched into Steam Early Access last week and went on to become the best-selling title on the platform.

Larian's RPG game launched on October 6th with a pretty high $60 price tag, yet outsold the likes of Star Wars Squadrons, Fall Guys and Among Us. Earlier this year, the studio insisted that Baldur's Gate 3 would still be released in 2020, but said that work had slowed down on the project thanks to the COVID-19 coronavirus. The title was announced during a Google Stadia livestream in June 2019, with Larian beating fellow RPG giants Obsidian and InXile to work on the project.

In second place is horror title Phasmophobia from Kinetic Games. The co-op scare-fest has been slowly gathering an audience since its launch in the middle of September and now boasts a peak concurrent user figure of 86,576 according to Steam Charts. Just last week, the game's record was 68,343 players.

Last week's No.1, multiplayer smash hit Among Us, has dropped to No.3, but will likely return to the top spot again thanks to its low price and its broad appeal, unlike this week's two best-selling games. Valve's Index VR headset sits in fourth place, ahead of Star Wars Squadrons from EA which sits tight at No.5 once again. Last week, developer Motive Studios said that there were "no plans" for more content for the sci-fi dogfighting game.

Pre-orders for the upcoming Cyberpunk 2077 were the sixth highest-selling game of the week, with fans seemingly not being put off by the stories of developer CD Projekt RED mandating six-day working weeks ahead of the title's November launch. The game went gold last week, signalling that it is – to a degree – finalised, likely driving consumers to pre-order. The colourful and chaotic Fall Guys came in seventh place, in part probably hanging around in the charts thanks to developer Mediatonic's continued support.

EA's football – like, football, not "soccer" – behemoth FIFA 21 debuted in the No.8 spot on Steam. This is the first entry in this franchise to launch on Valve's platform for some years following the publishing giant's move to launch its titles on Steam.

Hades from Supergiant rose one place week-on-week to No.9 while Rockstar's Red Dead Redemption 2 fell three positions to tenth place following the cowboy romp being 25 per cent off.

Here is the Steam Top Ten for the week ending October 10th: