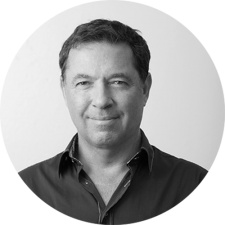 RPG specialists Obsidian and InXile both were competing with Larian Studios for a chance to work on the Baldur's Gate IP.

That's according to InXile boss Brian Fargo (pictured), who told IGN that he, Obsidian boss Feargus Urquhart and Larian's Swen Vincke were competing for the franchise for a decade.

After years of rumours, Baldur's Gate 3 was announced with Divinity: Original Sin developer Larian at the helm. The title was revealed during Google's Stadia event ahead of E3 2019 but is also confirmed to come to both Steam and GOG.com.

"I love that title," Fargo said.

"You know, both me and [Obsidian CEO] Feargus [Urquhart] were chasing that for years. [Larian CEO] Swen [Vincke] too. All of us, for a decade."

He continued: "After I left Interplay, it was the first thing I went for. I got very, very close at one point. I had the financing all lined up and then Atari got into trouble..."

Both InXile and Obsidian were bought by Microsoft at the end of 2018 and are now part of Xbox Game Studios line-up that is 15 developers strong following the Big M snapping up adventure game specialist Double Fine and setting up a new Age of Empires-centric developer headed up by Shannon Loftis.