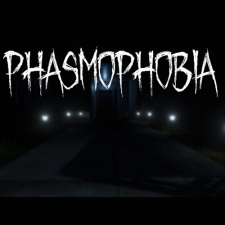 Recently-released co-op horror title Phasmophobia has attracted a peak of more than 68,000 concurrent users on Steam.

That's according to Steam Charts, which shows that 68,343 people were playing the game in the last 24 hours, a record for the game. At the time of writing, Phasmophobia boasts the 12th highest simultaneous player figure on the platform with 35,591 users.

That concurrent user figure is set to rise, too, we imagine. The title has seen a slow and steady increase in simultaneous players since its launch. The fact that it's a multiplayer title and has come out at a time when people are stuck indoors to try and slow the spread of the COVID-19 coronavirus means that they'll be looking for something to do – preferably with their friends.

Phasmophobia was released into Steam Early Access on September 18th by developer Kinetic Games. Last week, the title was the third highest-selling game on Steam, coming in behind recent smash hit Among Us and Star Wars Squadrons from EA. Not bad going for the horror project.