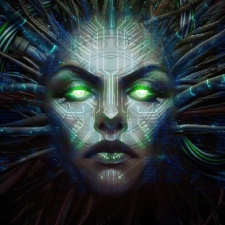 Taking to Twitter, the studio revealed that it had run into problems working on System Shock 3 on its own. Otherside said that it has faith that Tencent will be able to do right by the beloved sci-fi RPG series.

"As a smaller Indie studio, it had been challenging for us to carry the project on our own," the studio said.

"We believe Tencent's deep capabilities and expertise as a leading game company will bring the franchise to new heights."

This follows reports earlier in the year that Otherside had laid off the Austin, Texas team that was working on System Shock 3, before news broke this week that Tencent now owned the domain names for both SystemShock3.com and SystemShock4.com.

Troubled Swedish games firm Starbreeze was set to publish System Shock 3, but sold the publishing rights back to Otherside after running into financial difficulties of its own. At the time, studio director Warren Spector said that there was "plenty of interest" from companies looking to publish the game.