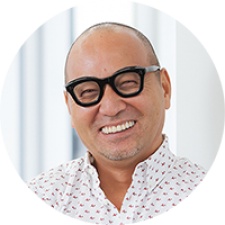 In a post on the developer's website, CEO and president Kenichi Sato (pictured) said that the undisclosed amount of cash is going to be used to aid Platinum's move into self-publishing. The firm has long worked on franchises for the likes of Sega, Square Enix and Activision Blizzard and as a result doesn't actually own much in the way of intellectual property of its own.

The same was true of The Walking Dead maker Telltale Games and was one reason of many why that company imploded towards the end of 2018.

One of the company's big projects for this last console generation - Scalebound - also ran into problems and was ultimately cancelled by its publisher Microsoft. It's possible that seeing this is one motive behind Platinum looking to expand its offering.

The firm said last year that it has two IP of its own in the works and wants to land a balance between properties it owns itself with projects it is handling for other parties. Incidentally, Platinum said earlier this week that it has a number of announcements to make during 2020, so we may see the fruits of the studio's labours sooner rather than later.

"We hope to use this capital to strengthen our foundation as a business and expand from game development into exploring self-publishing," Sato wrote.

"We also hope that this partnership can give us a wider global perspective, while still creating high-quality games that stay true to our name."