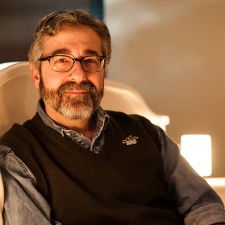 Chinese tech and entertainment giant Tencent appears to be involved in System Shock 3 and now owns the game's websites.

That's according to VGC, which reports both SystemShock3.com and SystemShock4.com are now under Tencent ownership, having previously being registered to developer Otherside director Paul Neurath. What this means isn't entirely clear, though it could point to Tencent picking up the publishing duties for the game.

This follows the news in February of this year that Otherside had let the System Shock 3 development team go. At the time of writing, only four people are registered as working at the Austin, Texas office, according to LinkedIn, where work on the project was taking place.

In April, the company's marketing boss insisted the studio was "still here" though he appears to be referring to Otherside as a whole rather than just the System Shock 3 team in Austin, Texas.

System Shock 3 was initially being published by Swedish games firm Starbreeze, but that company sold the publishing rights back to Otherside in February 2019 in order to shore up its poor financial condition. That same month, the studio's director Warren Spector (pictured) said that it was looking for a new publisher and that there was "plenty of interest".