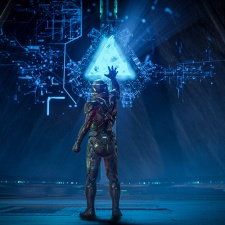 Electronic Arts Mass Effect trilogy is rumoured to be remastered before April 2021.

After the American publisher confirmed it had 14 titles planned for release before the end of its financial year. One of which is an HD title, VentureBeat reported it to be the much-loved Sci-fi trilogy – "that HD remaster of an EA game is the Mass Effect Trilogy."

Though unverified, It's a fair assumption, given that fans have asked for Mass Effect Remastered for years. More so after Mass Effect: Andromeda was released, the less said about that, the better.

Last year, it was reported that a new Mass Effect title was in "very early development." As a result, a remaster of the trilogy would make sense to increase the hype for Bioware's comeback with the series.

Mass Effect came out in 2007, followed by the sequel in 2010. Bioware closed the trilogy and Shepard's story with Mass Effect 3 in 2012. The latest entry in the series – Andromeda – was released in March 2017.

Back in March, Bioware confirmed it is developing a new title for one of its "most prestigious franchises." For most people, this would mean Mass Effect. However, there is the possibility of it being Dragon Age or Star Wars.