2K teams up with NFL for multiple new games 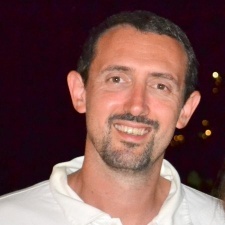 US publishing giant 2K Games has announced a partnership with US football organisation the NFL.

In a press release from parent company Take-Two, it was revealed that the two companies are teaming up for multiple new video games. The first of these is set to be released during 2021, though it's not revealed which developer is handling the project just yet.

2K previously released American football titles between 1999 and 2004 with the NFL 2K series. No figure has been put on this new deal just yet.

“The NFL is one of the most successful sports brands in the world, known for creating incredible entertainment for fans,” 2K president David Ismailer (pictured) said.

“We’re thrilled to be back in business with the NFL in a partnership that will span multiple video games centered on fun, approachable and social experiences. It’s exciting to bring together 2K’s expertise in creating award-winning sports games with the NFL’s renowned status as a world-class entertainment and sports organisation.”

SVP of consumer products at the NFL Joe Ruggiero added: “Expanding the NFL’s presence in the world of gaming has become a focus for the League as we look to grow the next generation of our fanbase and reviving our partnership with 2K was a natural step in that effort. 2K is a worldwide leader in sports video games, with a proven track record of creating best-in-class and award-winning games and we look forward to sharing more about the projects we are working on with them in the future.”

This is just the latest big news coming out of 2K, following the opening of a new studio in Silicon Valley called 31st Union and a new developer focused on the BioShock IP in Cloud Chamber.