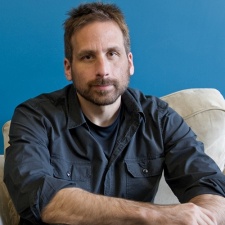 The upcoming project from development veteran Ken Levine has now in the "later stages" of production.

That's according to a job listing on Take-Two's website – as spotted by VGC – for a senior producer, which says that BioShock creator's new game is quite late in its gestation. The project is described as an "immersive sci-fi game with RPG elements," which is pretty par for the course when it comes to Levine. The development vet is best known for his work on System Shock 2, as well as the BioShock franchise.

In 2014, Levine closed Irrational Games, the developer which created BioShock and BioShock Infinite and set up a smaller outfit called Ghost Story Games. At the time, the studio boasted just 15 members of staff; the aforementioned job posting says that the outfit now boasts around 35 people. The firm apparently has a "flat structure" meaning that all ideas are welcome, no matter what your role is and so on.

Why Irrational had to be closed down caused a great deal of confusion at the time, especially in the wake of the critically acclaimed BioShock Infinite.

Sparking even more confusion was the news that came at the end of 2019: publisher 2K set up a new development studio called Cloud Chamber, which is working on the next entry in the BioShock series. This followed rumours that 2K was working on another title in the franchise.