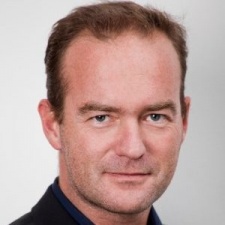 As revealed by GamesIndustry.biz, the exec revealed he was leaving the Take-Two owned firm this month. Pannell has worked at 2K since December 2015 and was in charge of leading the company's business outside of its native North America, in regions such as Europe, the Middle East, Africa, Australia and New Zealand.

There's no word on where Pannell is moving to next.

Before being hired by the Borderlands firm, Pannell held marketing roles at Electronic Arts, Xbox and Ubisoft, before being hired as marketing director for PlayStation's UK and Ireland business in 2012. He left that role in 2015.

"I'd like to thank everyone at 2K and Take-Two for the support and commitment to make my time at the company so rewarding. I was proud to have been able to lead the 2K European Publishing team for the last 5 years and look forward to my next step in this exciting industry."

This follows the founder and former president of 2K Games Christoph Hartmann departing the company in August 2018 to join Amazon Studios. David Ismailer stepped into his shoes after he left.