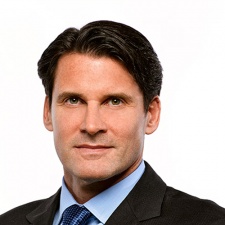 Speaking to investors – as transcribed by Seeking Alpha – the firm's president Karl Slatoff said that the company's "highly sceptical" about this business model will ever be the main way that people experience video games. The exec seems to be talking about brand new titles appearing in subscriptions because he goes on to say that this kind of model can be useful for showcasing its back catalogue, as the firm already has done.

"I know I don't think our views have changed much, but we're open-minded," Slatoff said.

"We're highly sceptical that subscriptions will be the only way or the primary way that interactive entertainment is distributed. And that's because of the way people consume it. And the price point for owning a title, which is very reasonable and very, very low, actually, on a per hour basis.

"Subscriptions can play a role in delivering catalogue. We've supported numerous subscriptions, subscription offerings with catalogue titles, I imagine we'll continue to do so. And in any case, at the end of the day, the consumer will decide and we will be where the consumer is."

This is the same tune that Take-Two CEO and chair Strauss Zelnick has been singing for some time now. The exec has been saying for some time that subscription models don't make sense for video games. Earlier this year, Zelnick reiterated his scepticism, saying that the model is good for catalogue offerings.

That's not to say that Take-Two execs won't change their minds at some point. In the past, Zelnick wasn't sold on mobile games but has since snapped up a number of studios focused on this part of the industry.

Subscription services have become more common in the games industry in recent years. Electronic Arts started this trend with its Origin Access offering – now rebranded EA Play – back in 2014, while Microsoft rolled out its Xbox Game Pass in 2017.