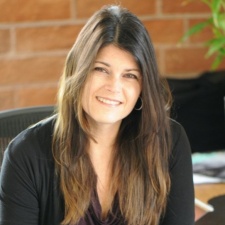 Search and software giant Google has revealed it is opening a second first-party studio for its Stadia streaming service.

In a blog post, VP and head of Stadia Games and Entertainment Jade Raymond said that the company is setting up a developer in California's Playa Vista with PlayStation, EA and Sony Santa Monica vet Shannon Studstill taking the helm.

This follows Google opening the first Stadia Home and Entertainment studio in Montreal in October, just weeks before the platform was set to roll out. The reveal of this California studio also comes in the wake of the Google snapping up Typhoon Studios in December. Raymond has admitted that it might be some time before we see first-party content from Google's own studios.

"The new Playa Vista studio will focus on delivering exclusive games, using new gameplay mechanics, creative ways to play together and unique interaction models that we’re just starting to explore," Raymond wrote. "While we’re not ready to share specific game plans yet, rest assured we are listening to what gamers want and adding our own Stadia twists to create new IP and experiences."

"I’ve been a fan of Shannon’s for a long time, and have admired her award-winning work leading Sony’s Santa Monica Studio and the industry-defining franchises like God of War that have won fans all over the world. She has an extensive background in product development and creative leadership, but most importantly, she’s a visionary who, as the studio director, will lead and inspire the Playa Vista teams. We’re thrilled to welcome her to the Stadia family."

Google has been pretty quiet about Stadia since its release in November. The platform wasn't mentioned once in parent company Alphabet's most recent financial call, which covered the period when Stadia was rolled out.