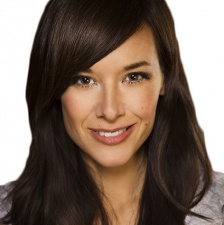 In a blog post, VP and head of the company's first-party development house Stadia Games and Entertainment Jade Raymond revealed that Google's debut studio would be in the Canadian city. This is likely due to the region's tax relief for game developers which as attracted companies like Square Enix, Warner Bros, Eidos and - yes - Raymond's former employer Ubisoft - to the region.

"I was also fortunate to live in Montréal, a city with an amazing gaming legacy, having launched dozens of studios, thousands of careers, and countless incredible games," she wrote.

"Today I’m thrilled to announce our contribution to that heritage, with the creation of Google’s very first original games studio in Montréal.

"Stadia Games and Entertainment’s studio will produce exclusive, original content across a diverse portfolio of games in all your favourite genres. Stadia is designed to be one destination for all the ways people play games—and Montréal is where we’re going to start building them.

"Just as Stadia intends to change the way games are accessed and experienced by players, we want to change the way games are made. That starts with our culture. Stadia is committed to fostering a diverse and inclusive workplace; these diverse perspectives will shape the games we create together. We’re committed to building an environment that will empower the developers who work at Stadia to create new, unique gaming experiences."

That Google is only just opening a first-party studio is somewhat concerning, given that its Stadia cloud platform is set to launch in less than a month. In an interview recently, Raymond said it will be some time before we see any Google-produced titles coming to Stadia and that it is focusing on external projects for now.