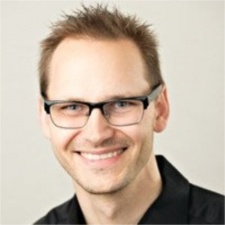 The head of product and VP for Google's Stadia streaming service, John Justice (pictured), has left the company.

The news was initially reported by The Information – with Google later providing confirmation to 9to5Google – with the search and tech giant saying they wished Justice "well on his next step."

Justice joined Google back in January 2019. His role on Stadia was to oversee the consumer experience,

Though we don't know the reasons for his departure, Justice leaving the company does come in the wake of news suggesting that Stadia isn't performing as well as Google would like. In February, the service's VP and GM Phil Harrison announced that its first-party Stadia Games and Entertainment studios would be closing. Apparently, this move was partly due to anxieties surrounding other huge development acquisitions, including Microsoft snapping up Bethesda parent ZeniMax Media.

Since, it's emerged that Stadia did not meet Google's subscriber expectations and in the process haemorrhaged millions of dollars into deals with big-name publishers like Take-Two and Ubisoft to bring their titles to the service.