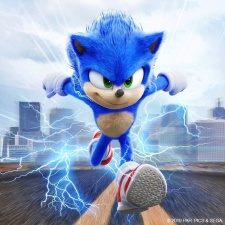 Sega has announced - as translated by Gematsu - that this will see new announcements concerning Sonic come on the 20th of every month.

The nature of these news pieces is unknown, perhaps more Sonic games will be announced as the year goes on.

The first piece of news was the announcement of Sonic 2020 itself. As part of the celebration of its blue mascot, Sega has released PC and mobile wallpapers, Twitter banners and social media icons.

Next month, the new Sonic the Hedgehog movie is released. Fans were first introduced to Sonic's big-screen look in December 2018, to say it was not well-received would be an understatement - many believed his appearance to be too realistic.

Fortunately, both Sega and Paramount were on board with what the audience was saying. This led to a Sonic Mania animator - Tyson Hesse - being brought in to redesign the popular character's appearance.

The redesign took five months to complete, while some aspects of the original look could be saved other features needed to be re-animated.