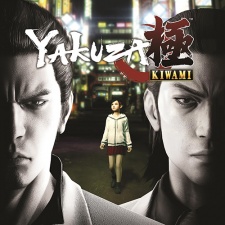 The Yakuza franchise is being turned into a film once again.

That's according to Variety, which reports that Japanese publishing giant Sega is teaming up with 1212 Entertainment and Wild Sheep Content to bring the IP to the silver screen. The project doesn't have a writer just yet, but Netflix's Erik Barmack, 1212's Roberto Grande and Joshua Long of 1983 fame are set to produce the venture.

This will actually be the second time Yakuza has been given the movie treatment. Back in 2007, an adaptation called Like a Dragon: The Movie – the series' title in its native Japan – was released, directed by Takashi Miike.

“Yakuza offers us a new playground in which to set compelling stories with complex characters in a unique environment that audiences have rarely seen before,” 1212 said.

“The saga of Kazuma Kiryu has a built-in cinematic appeal – a mix of kinetic action with bursts of comedy, multiple converging storylines, and a gripping journey towards redemption.”

Barmack added: “With our background in telling global stories, we are excited to bring this huge project to global platforms.”