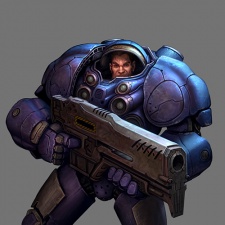 Modern Times Group, the parent firm of esports companies ESL and DreamHack, has signed a deal with Blizzard for pro-gaming events.

The companies will be running ESL Pro Tour events for StarCraft II and WarCraft III: Reforged, with Blizzard providing more $1.2m in prize money each year for the next three years. with that figure hitting $1.9m for the 2020-to-2021 tournament.

The ESL Pro Tour replaces the World Championship Series for StarCraft II. WarCraft III: Reforged isn't out yet; the remaster of the 2003 title is set to launch later this month.

"This new ecosystem will feature six international tournaments a year – four with DreamHack, two with ESL – as well as weekly competitions that will feed into the ESL events," Blizzard wrote on the StarCraft II website.

"We know that the StarCraft community enjoys meeting up at our esports competitions in person, and this deal will give more opportunities to more of you to enjoy the excitement of StarCraft II in person."

Blizzard is still running its own Overwatch League, while Activision is handling a similar franchised esports league for Call of Duty.