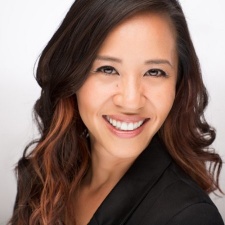 After over 13 years at Blizzard, Kim Phan has departed the company.

That's according to a post on the forums of pro-gaming team Team Liquid, in which the former global director of esports wrote that her last day was Friday, June 14th and that she has another venture in the games industry lined up.

Phan joined Blizzard in 2006 as associate producer for online technologies, working in that department until August 2011 in various roles until she moved to Blizzard's business intelligence and risk arm. In June 2013, she was moved to the company's global esports division, first as a senior manager, then a global product director as of August 2016.

Before being hired by Blizzard - as Phan says in her leaving post - she has been a part of the pro-games community since 2004.

"I didn’t know it at the time, but it was the passion I invested into these early projects that opened the doors to a 13-plus year career for me at Blizzard," she wrote.

"My first role was in development as a producer in online technologies (think Battle.net and game websites). I then went on to business intelligence to work on security, hacks, and anti-cheat, before eventually taking a seat at the table on Blizzard Esports. What a complete honour and privilege it has been to serve this amazing community. I will always remember the moments we created together, the blood, sweat, and tears we all poured in, and the late night hours we spent cheering on our favourite teams and players.

"I have watched this industry grow through the support we’ve given one another: the strides we made when we lifted each other up rather than pulling each other down. I have enjoyed following the conversations in these forums, and in so many other venues where we have gathered both online and in person. I am a better person for having been a part of this amazing community, and will forever be grateful for it.

"Going forward, I will be pursuing a new endeavour within the gaming industry. My last day with Blizzard was Friday, June 14th. As I hang up my sword and shield, I look forward to a bright future and wish all my Blizzard friends and family the very best."

Phan stepping away from Blizzard comes less than a month after Overwatch League commissioner Nate Nanzer leaving the company for Fortnite maker Epic Games. Esports plans for Blizzard's Heroes of the Storm MOBA were also scrapped in December 2018 amid rumours that the company was tightening the purse strings with Activision taking more of a leading role.

That was before eight per cent - or around 800 - jobs were cut at Activision Blizzard, including 209 from Blizzard's US business.