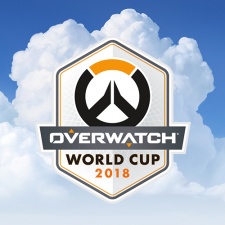 For the third year on the trot, Blizzard is running its Overwatch World Cup tournament.

Announced via the Overwatch League website, the qualifiers started on Tuesday, March 27th and will be running up until April 28th, the end of the Competitive Season 9. During this time, Blizzard says it'll be tracking how the top 150 players from each country will be playing with the top 20 being asked to compete in the tournament.

Once underway, the Group Stage matches will be hosted in France, South Korea, Thailand and the United States, with teams from these countries qualifying by default. That's on top of the 10 being invited to play, making a total of 24 countries. If a host country qualifies in its own right, the 21st country will make the cut, Blizzard says.

In June and July, players will be able to try out to rep their country, before the Group Stages start in August and go on through to October. November sees the top eight teams duking it out in California. That's likely at the purpose-built stadium Blizzard has constructed in Los Angeles for esports events.

The Overwatch World Cup debuted in the game's first year, 2016, before returning last year. Since Blizzard has been focusing on esports with the Overwatch League.

That has been a roaring success, with ten million people tuning in in the event's first week alone.

It hasn't been entirely smooth sailing, though, with players facing penalties for homophobic and racist remarks. One of the event's top sponsors, Omen by HP, has said that such conduct does make it nervous, and believes players need to be educated on how to behave.