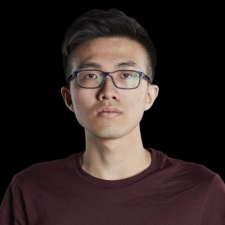 The game director for Hearthstone Ben Lee has said that Blizzard's initial punishment for pro-player Blitzchung (pictured) was "too harsh."

Speaking to Kotaku, the developer said that he wishes the company had decided upon a more reasonable punishment. Blitzchung was initially banned for 12 months and lost all prize money over this pro-Hong Kong statements during a post-match interview. This ban was later reduced to six months, with the esports player receiving his winnings.

“The initial decision was too harsh. Absolutely,” Lee said.

“Definitely should have taken more time to consider something more reasonable, but we can’t take that back.”

Creative director Ben Thompson added: “We saw [the resulting controversy] less as associated with our game and more as associated with our company. We all feel very tied to Blizzard as a whole. We’re not so siloed off in our teams that we felt like ‘Oh, this is a Hearthstone problem.’ The reality is that it’s something that happened at a Blizzard level, and as a result, we wanted to know how Blizzard was going to react to it and what Blizzard was going to do going forward.”