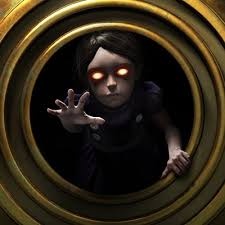 Publisher 2K might be getting ready to work on a new title to its much-loved franchise Bioshock.

He alluded to upcoming sequels to some of its biggest franchises.

“Looking ahead, Take-Two has the strongest development pipeline in its history, including sequels from our biggest franchises as well as exciting new IP,” said Zelnick.

On top of this, a recent job listing by 2K - for its Novato studio - seems to indicate the new employee will contribute to an already established franchise.

“In the game we’re making, the story itself will come to a conclusion. The world, by contrast, is something we are designing to be alive and engaging past the main narrative arc,” said the job description.

“To leverage this, we want to build a post-narrative set of systems, quests and player progression that gives our fanatic fangirls and fanboys more content to experience on an ongoing, live-services basis.”

Furthermore, a Reddit thread has compiled a list of all current employees at the publisher’s Novato studio.

There are 12 members of the team, five of which have ties to previous Bioshock games - as a level designer, art director, UI artist, senior programmer and an environment lead.